Struggling to Keep Myself Afloat

Trigger warning: There is mention of suicidal ideation in this story.

I awoke the morning of September 22, 2016, the same way I did every day; unrested, aching from head to toe and dreading every moment of it. My health had been spiraling downwards for nine straight months. I dragged myself downstairs to the couch, where my mom spoon-fed me cooked oatmeal with blueberries.

“How did you sleep last night?” my dad asked. “Not well,” I responded, staring at the ceiling to avoid eye contact. I was overwhelmed by the daily grind of chronic pain and the associated depression. Meeting my parent’s emotionally numb expressions each morning was too painful to bear.

Let’s go back to October of 2011 when life was good. I was nearing the end of my engineering program, full of potential, eager to make a difference in the world. I had endured countless late nights writing lab reports and preparing presentation slides to get to this point. I could only dream about where I’d be in five years. The possibilities were endless. But after injuring myself during a game of basketball, everything changed.

At first, it happened slowly. The pain lingered around long after the expected recovery period. It gradually spread from the injury site, my abdomen, to the rest of my body. I would hurt for days after playing the sports I had grown to love. Then I graduated and started my career, I was trying to move on with my life. But my condition was getting progressively worse. I quit playing sports. After working at an engineering firm for over a year, I reluctantly took a leave of absence. I never returned.

Fast forward to September 2016 where working was the least of my worries. Getting through each day was a struggle. Footsteps outside my room felt like someone was pounding on my head with drum mallets. The salt stains streaking across my phone screen were remnants from hours spent crying on the phone to friends. I spent my days curled up in bed accompanied by my heating pad. My condition had robbed me of my career, identity, and quality of life.

After breakfast that day, I watched hours of chess tutorials until my head hurt. This was a vital part of my daily ritual. It was my escape from reality and a way to pass the time.

Pool walking was my sole form of exercise in those days. As the hours passed by, I debated whether or not I should go to the pool. I didn’t have to battle against gravity, I could relax. It brought me back to childhood when I’d splash around in Georgian Bay with my brother and sister for hours on end.

This was a really bad day for me, though. The bags around my eyes were widening tree rings, growing larger after each restless night. I struck a deal with myself: I’d go swimming today and take tomorrow off. My mom drove me to the pool at a relative’s condo a short drive away. I lay down in the backseat of her SUV. I couldn’t tolerate sitting, this was the only way I could travel.

We pulled up to the pool enclosure late in the afternoon. Stepping out of the car into the blistering heat, I was hit by a paralyzing wave of dizziness. “It’s too late to turn back, let’s just get through this,” I thought.

The room was empty; we had it all to ourselves. I eased into the water and began walking back and forth in the shallow end. My mom sat on a deck chair skimming through news headlines on her phone.

Fifteen minutes had passed and I was nearing the end of my routine. A frail elderly man entered the pool area. He walked with a stiff and unsteady gait, focused intently on every step.

In the water, he was outside of his element, like a fish on land. As he swam past me, legs sinking below the surface, I exchanged glances with my mom. We were both thinking, “This guy’s a terrible swimmer.”

I turned away for a moment. I heard my mom cry out “JASON!!” as she ran towards the deep end of the pool. The man had disappeared underwater, his hands clawing at the surface for something…anything…to grab onto. Then they vanished as well.

I was halfway to the deep-end before I could process what was happening. Adrenaline coursed through my body as I shoveled water behind me. I dove beneath the surface and saw the last burst of bubbles escape the man’s lungs as his body wilted into the pool floor. Hooking my right arm around him, I kicked off the bottom. I dragged him to the poolside into my mom’s arms.

Using the swim ladder as leverage, I tried squat-lifting him while my mom pulled. But we couldn’t lift him. Right on cue, a woman rushed in from outside to help out. I pushed with my last ounce of strength as the two women carried him to safety.

All color had faded from his face. He coughed out water as they laid him down. Moments later, he was breathing…Then he regained consciousness! He was shaken up but he was alive.

As the situation was under control, my adrenaline rush faded and my bodily sensations snapped back into focus. I was blinded in pain. Fiery sensations engulfed my torso, radiating outwards to my arms and legs. The woman returned and pulled me onto the tile floor. I crawled to a nearby deck chair. In the span of sixty seconds, I had exerted more energy than I had in the last six months combined.

Flashing red lights beamed in through the windows. Moments later, a paramedic rushed towards me, passing the old man lying down on an adjacent lounge chair.

“Sir…Are you OK? Do you need assistance?” the paramedic asked. I told her that I wasn’t the casualty, but she was still confused. “Wait what? What do you mean?”

I repeated myself and directed her towards the old man. As the paramedic treated the man for shock, my mom came over to check in on me.

“You saved his life!” These words finally sank in. For the first time in years, I felt like I had a purpose! I added value to the world. My condition had taken everything away from me, but in that moment, not even the excruciating pain I was in could rob me of that feeling. But I didn’t save him alone, it was a group effort.

The man thanked me and apologized for putting me through so much pain. I looked him in the eyes and said, “You’re the worst swimmer I’ve ever seen.”

Okay, I didn’t actually say that, but that would’ve been pretty funny.

After the rescue, I replayed the sequence of events over and over again in my head, feeling a sense of pride each time. The dark clouds looming over me retreated, albeit briefly. For the following eight months, my condition got progressively worse and I even contemplated suicide a few times. But on my worst days, I’d remind myself that I saved someone’s life. He may have saved mine as well.

This story first appeared on Discomfort Zone; a podcast on what it’s like to live with chronic pain. In the show, I explore how I developed chronic pain, the daily realities I currently face, and the uncertain road that lies ahead.

Click here to listen to the full episode, which includes an interview with my parents about the hardships they have faced as my caregivers. You can find Discomfort Zone on Apple Podcasts, Spotify, Stitcher, or wherever you listen to podcasts. 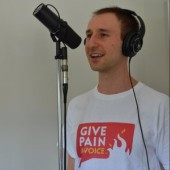 Jason is the host/producer of Discomfort Zone podcast. He lives with fibromyalgia and ME/CFS. He was born and raised in Toronto, Canada. He is the youngest of three kids and the proud uncle of his nephew and niece. He currently lives at home with his Mom and Dad. On occasion, he helps with the dishes and does his own laundry. 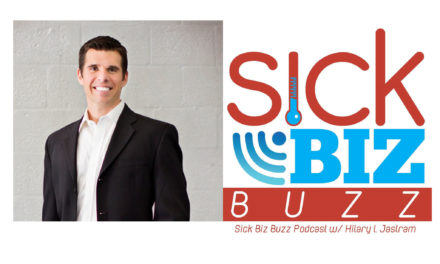 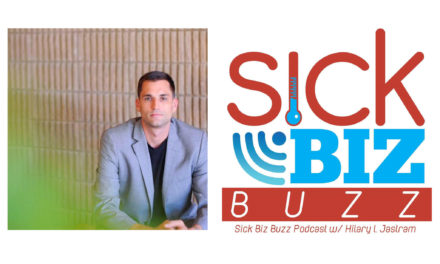 SBB 045: Your Life Is In Your Control w/ Ryan Chapman 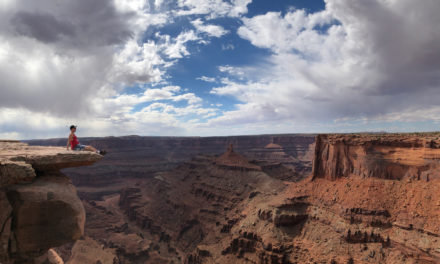 Chronic Pain Ended My Career and Inspired Me to Podcast 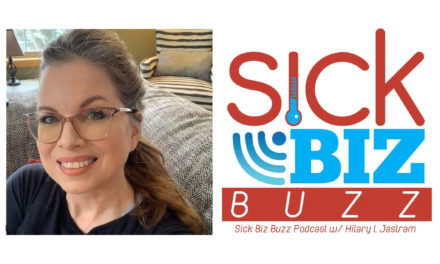 SBB Founder on the Top 10 Business Mastery Tip to Take You to Profit and Prosperity: SBB 108